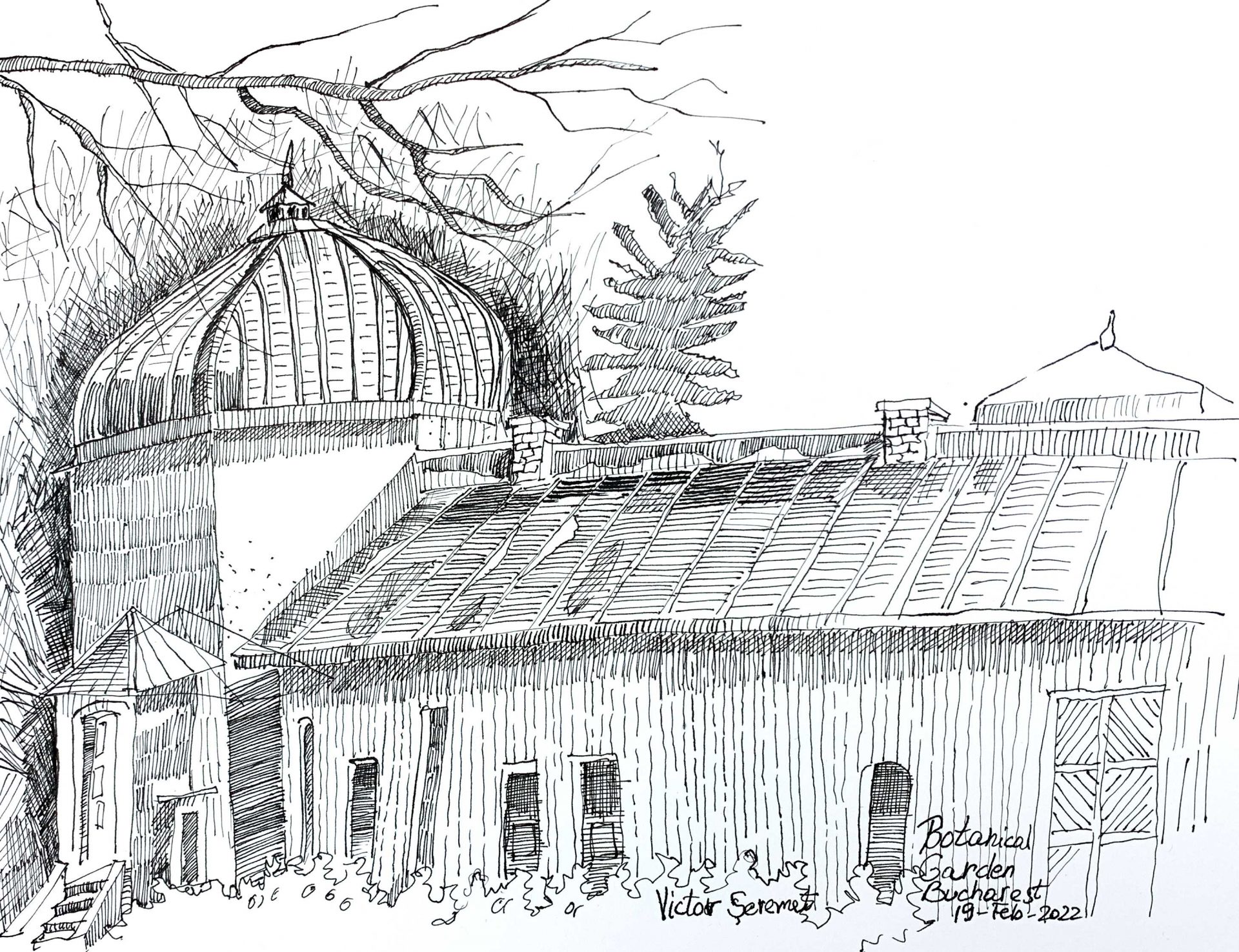 This  urban sketch was done on location in Bucharest in August 2019. The observation point chosen was from the stairs behind the Kretzulescu Church. Being very close to the sketched subject it offered a point of view with a steep perspective. During that time I was looking for locations to urban sketch in the central Bucharest and found this Eastern Orthodox church. The initial outline of the drawing was done with a 3B pencil. Then the line work was done with a sharp stick dipped in India ink (Winsor and Newton). There were many decorative architectural elements that were fun to draw. You can see places where drops of ink fell by mistake off the stick. I tried to incorporate them into a pattern that was suggesting the texture of the cobblestones. I drew this sketch three days in a row every evening for one or two hours after leaving work. At one point a couple of tourists approached me and asked me if the sketch was for sale. But at that moment it was not finished and I told them it was not for sale. Also every evening a girl passed by walking her dog there and looked at the sketch. She asked me how it was progressing. After the line work was done, I applied the watercolor washes in two or three layers. The watercolor set I was using at that time was Royal Talens, an economical choice and with fairly good quality. The paper that was sketched on was  Muse watercolor paper, 300 gsm, made of cellulose which stands for good amounts of water. It doesn not buckle and makes it suitable for wet on wet technique. After completing the watercolor painting, I added other details and depths with ink. For the final highlights and white lines I used a Gelly Roll white pen.

Urban sketching is a relaxing activity, a way of observing the things that surround us daily and a way of learning the fundamentals of drawing.